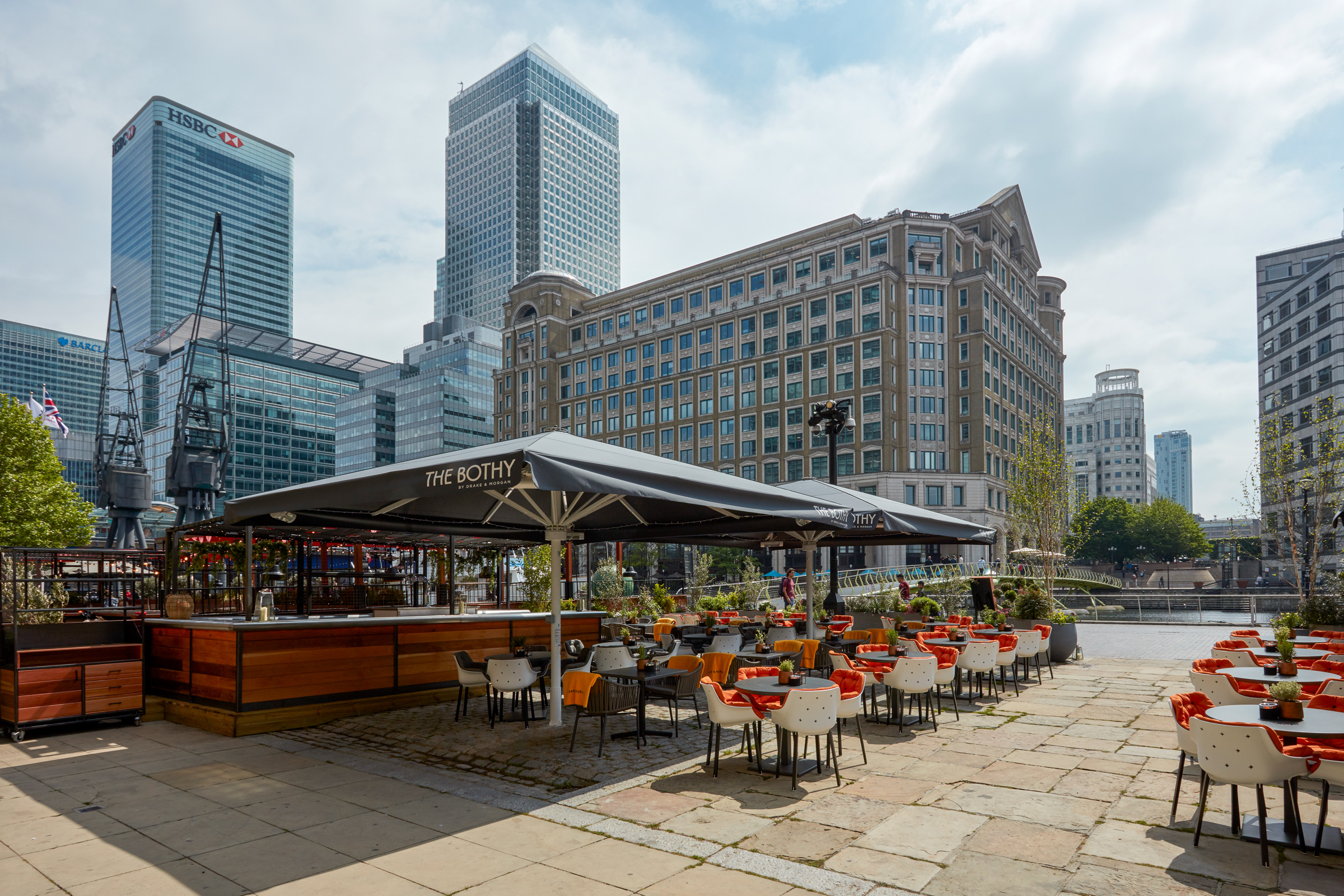 How is Canary Wharf rebuilding itself as a residential area

By @fundingadmin11@June 5, 2021News and Blog, Property
No Comments

When you reach the top of the escalators at Canary Wharf Tube station, you’ll notice a difference in the scenery. It appears to be vacant at first. Of course, street sellers are still selling rice boxes and pistachio-flavoured doughnuts, the shopping centre is open, and office workers are filtering back, though only twice a week, but the rush hour scurry of suits seems to have passed.

An office building to the right of the station exit is being gutted from the inside out to emphasise the shift. It is the former headquarters of Thomson Reuters, with its iconic news ticker that runs along the exterior, dating back to the estate’s first revitalisation in 1991.

Newfoundland, a diamond-latticed glass tower that is the UK’s tallest private rental building, is now the first thing you see. It has a prominent position on the central dock. “We wanted it there so people would come out of the station and think, ‘I want to live there,'” says Alastair Mullens, the head of Vertus, Canary Wharf’s rental agency.

One Canada Square, the flashing pyramid that was once the icon of Canary Wharf, is now battling for space on a skyline packed with residential glass towers.

Over the last two decades, the Canary Wharf Group, a public company that owns more than eight million square feet of riverside real estate in east London, has built more office space in the capital than any other developer. Still, it has spent years trying to persuade people that Canary Wharf has a life outside of work.

Almost every major homebuilder in the country has a signature residential skyscraper on the outside of the estate. The competition was already strong, but after the epidemic, Canary Wharf’s ability to pitch itself as a place to live is critical to its future.

Companies may want to minimise or eliminate their office space if working from home. Even part-time becomes the standard. In March, for example, the newspaper publisher Reach made homeworking permanent for the bulk of its employees, closed its City of London headquarters, and reduced from two floors to one in One Canada Square. Others may decide to follow. According to Knight Frank’s newest London office market study, prime office rentals have decreased 5% in the last year — 4% in the West End and 3% in the City — and corporations are searching for 69% less space.

Canary Wharf Group has also submitted designs for further houses, including Park Place, a tower next to Newfoundland on the middle dock, and North Quay, which is near to the now-open Crossrail station. However, the exact number of flats is still to be determined.

“This isn’t a spur-of-the-moment decision; it’s what we’ve always desired. The shopping centre turned it into a retail destination, and the intention was always for people to live on the estate,” explains Brian Death, the Canary Wharf Group’s head of residential.

The capital is currently challenging to sell; buyers are looking for space and greenery in traditional London towns and the boroughs outside the City. At the same time, according to Nationwide, housing prices in Canary Wharf have increased by barely half of what they have in the rest of the country this year.

Before the pandemic, 80% of the units at Ten Park Drive, the company’s first residential development, were sold, and roughly 15 people are moving in a week. It’s part of Wood Wharf, a new neighbourhood set to open in 2028 with 3,600 new houses.

One Park Drive, a sleeker, upscale hotel-like skyscraper designed by Herzog & de Meuron that resembles a nibbled corn cob with bites pulled out for balconies, sits nearby. However, the swimming pool and gym are located on the first floor rather than the basement, allowing inhabitants to practise downward dog while taking in the beauty of the Thames. Serenity isn’t cheap; a studio at Ten Park Drive costs £715,000, while a one-bedroom property at One Park Drive costs £840,000.

International customers, in particular, value the estate’s private security because their children frequently reside in the property while studying in London. According to Death, about 45 per cent of customers are from outside the United States, but many have been hesitant to buy at this price point without seeing it first because they haven’t been able to travel.

Some people have chosen to rent. For example, international renters account for about 30% of tenants in Newfoundland, where a studio starts at £1,928 per month. To live there, the tenant would require a gross annual income of £57,840, according to rentright.co.uk.

Service charges for the gym, top terrace, and lounge, an automatic wine dispensing machine, are included in the rent. There are also guest suites that can be reserved. It’s great for corporate tenants — employees who are deployed overseas for a few years on the company’s dime — but the majority of them fled and flew home or moved back in with relatives during the first lockdown, according to Chestertons’ Canary Wharf division.

This, combined with the abolition of short-term rentals like Airbnbs, resulted in a 125 per cent surge in rental homes on the market between June and December of last year. But, according to Chestertons, oversupply caused average rents to drop by much as 30%. Its Canary Wharf office recently let a two-bedroom flat for £2,050 PCM, 23% less than in 2019.

According to Richard Davies, head of lettings at Chestertons Canary Wharf, “there were people who were living in zones 3 or 4 thinking now I can go and live in Canary Wharf and get an excellent bargain.” “Landlords have been unwilling to agree to a three- or four-year tenancy because rents have plummeted so much. They want them for a year, and then they’re out.”

This indicates that investors believe rents will eventually revert to earlier levels. Davies has witnessed a “big rise” in international student interest in the last three weeks, while at Vertus, Mullins believes inquiries are back to February 2020 levels.

The agency will negotiate lengthier tenancy agreements as the sole landlord, but it will not reduce rents during the pandemic. Despite rumours that 10 George Street is only 60% full, Mullins adds, “We didn’t want to get into a race to the bottom merely to get full occupancy.”

One building stands out around the corner from One Park Drive: a mid-rise, industrial warehouse-style structure that appears to have been custom-built for brick-loving British customers.

Eight Harbord Square, an 11-story building, is set to put on the market this autumn. There are 82 open-plan flats with no walls, except those around the toilet, with a lower service charge and fewer flashy amenities.

These large, loft-style flats, modelled after fashionable former textile factories in Spitalfields and Shoreditch, are for “people who prefer the notion of living in a warehouse conversion” but could do without the leaking roofs and single-glazing, according to Death. Crittall has even been engaged to build the windows.

Canary Wharf’s transformation continues, and it may even be stylish in its next incarnation.